What Is Periscope And How Does It Work?

Twitter's live video streaming app better known as "Periscope" seems to be the "In" app among social media.

Periscope has become one of the most popular apps ever. And as it seems its here to stay for long. For those still unfamiliar with what the app is and does, Periscope is a live video streaming app for iOS and Android that was acquired by Twitter in January 2015, before the product had been publicly launched. 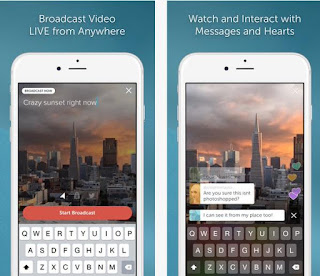 Remember when you use to write a blog posts and sit back and wait for them comments and feedback to arrive? On Periscope feedback happens in real time by viewers sending comments, which the author of the stream can respond to in real time, and that's what we call a powerful real-time social proof. In fact the reciprocal feedback that this platform offers is one of the greatest things online marketers are starting to love about this app. And whenever your followers like what they see on your scopes they will applaud with “hearts”. Hearts measure popularity on Periscope just like retweets and Favs on Twitter.

What can you do with Periscope?

Periscope is like having your own private broadcasting station, enabling you to “go live” via your mobile device or tablet anytime and from anywhere where you can share your broadcasts with your audience and followers.

You can do lots of things with this app: You can use Periscope as an innovative way to grow your  business and create some interactive customer support scopes. Do Q&A sessions about your latest or future projects and beyond. Periscope can also work to show off your skills, especially if you’re a speaker. There are already countless companies that have started to use and recognize the branding opportunities that the app provides.

Periscope is guaranteed to be a game-changer for how news is reported and since its so easy to use anyone can instantly broadcast breaking news. Periscope is also a great tool for product demos and tutorials. "A word of warning, though, make sure you don’t record any copyrighted material. The app landed in hot water when people streamed the fifth season premiere of Game of Thrones and the Mayweather-Pacquiao fight."

There's no doubts that with all the potential of this app, Periscope has a tremendous potential for online branding. So, what are you waiting for? Download the app, connect with other people, watch, have fun, interact, give some love and start "scoping" yourself. .

Posted by socialmediax No comments: Links to this post

Add blog to our directory.